Does CBD Oil Help With Depression?

Anxiety, CBD For Depression, CBD For Sleep, No Comments August 20, 2020

Does CBD oil help with depression? This is a recurring question regarding CBD oil and CBD in general. 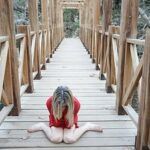 People’s interest in the potential health benefits of CBD has tremendously grown in the past couple of years. This includes the said benefit of using CBD for depression and similar mental health conditions. In this post, we’re going to survey how CBD oil may help with depression. First, let’s take a look at what the studies say.

Experts who have studied CBD and its effects on health believe that the potential benefits of CBD for mental health issues like depression are strongly linked to the compound’s positive effect of the brain’s serotonin receptors. There’s a strong connection between depression and low serotonin levels. CBD doesn’t necessarily increase serotonin levels. What it does is regulate how the chemical receptors in the brain respond to serotonin inside the body.

In 2014, an animal study found that CBD affected the brain receptors in such a way that it resulted in producing anti-anxiety and antidepressant effects. Four years later, a series of studies that have been reviewed revealed that CBD also has anti-stress effects. Stress affects serotonin levels negatively, which, as mentioned, is linked to depression. In this way, CBD helps with depression by reducing stress.

This same study found that CBD works without directly affecting the endocannabinoid receptors, which means there’s a very little chance for CBD to become addictive. This is good news for those who worry that CBD products, such as those by Green Roads, may cause dependence or addiction. 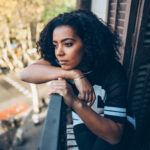 Another study in 2018 has shown CBD to have anti psychotic and neuroprotective effects. In addition, the study found CBD to have a potential in helping people with several health conditions including bipolar disorder, sleep disorders, Parkinson’s disease, social phobia, PTSD, substance dependence, and depression.

Most of these studies were done in animal subjects and still calls for more direct studies involving humans. Nevertheless, the initial results of the said studies should not be taken lightly, but are to be considered a breakthrough into finding more about how CBD interacts with the human body.

The National Alliance on Mental Illness states that one in five American adults suffer from mental illness. In 2016, a study found that one in six American with mental health issues take some form of psychiatric medication, including antidepressants. When it comes to mental issues like depression, CBD seems to have some benefits over conventional antidepressant medications.

The thing about antidepressant medication is that most would take weeks to start producing the desired results. Compared to CBD, this is too slow. In 2019, a study found that CBD can deliver quick and sustained antidepressant effects. Another reason that CBD may be ideal for depression compared to antidepressants is that it has been found to have fewer side effects than the latter. 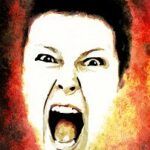 Antidepressant medications can cause a wide range of unwanted side effects. These include nausea, insomnia, fatigue, drowsiness, blurred vision, constipation, sexual dysfunction, and increased appetite and weight gain. But now the question is whether it’s safe to take CBD if you’re also using antidepressants. Harvard

Medical School instructor Peter Grinspoon, M.D. says it’s generally safe to use CBD-based products when taking antidepressants at the same time. However, he also mentions that there are some concerns that CBD users must be aware of.

First, you have to understand that CBD is not regulated by the Food and Drug Administration. If you’re going to use CBD products at all, you have to be sure that you’re getting it from a supplier you know you can trust. Now, when it comes to reliability, there’s only one brand I would recommend, and it’s Green Roads. You can go here to view a wide selection of high-quality Green Roads CBD products.

One reason you have to be very careful is that many formulations sold in the market do not contain any CBD at all. What’s worse is that some formulations even have THC in them! This is why it’s so important to know how a certain CBD product is made.

It’s also important to remember that you can’t just replace antidepressants with CBD oil. Yes, there is evidence that antidepressants have many adverse side effects, and that CBD oil could be a better alternative. 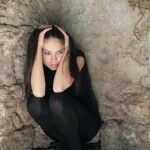 There’s also many people with depression who have now transitioned from antidepressants to CBD oil. But that’s the keyword there— ‘transition’.

And yes, the symptoms are not very pleasant, which may range a simple headache to something much worse as anxiety, insomnia, and a relapse of depression symptoms.

This is not to scare you at all, but just to give you some advice on how to safely transition to CBD oil after a long time of taking antidepressant. And most importantly, make sure that you talk to your doctor first before making any decisions in relation to medications that you’re taking for depression.

Does CBD oil have side effects? I mentioned earlier that one of the reasons many people are considering shifting to CBD oil from conventional antidepressant drugs is that the latter often comes with many undesired side effects.

That doesn’t mean, though, that CBD oil is one-hundred percent free of side effects. People who are more sensitive to CBD may experience diarrhea, fatigue, and changes in appetite and weight. Taking CBD oils in very high doses may even cause liver problems, although this is true to most types of medications and supplements. 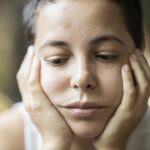 For now, what we know is that CBD has been approved by the World Health Organization. They say it is safe to use CBD and that the side effects of using it may simply be a result of the interaction between CBD and certain medications.

How To Use CBD Oil for Depression

CBD comes in different formulations. Depending on the manufacturer, you can use CBD in the form of tinctures, sprays, creams, oils, vape, and edibles. CBD oil is no doubt the most popular form among these. One reason is that oil is easily absorbed via the tiny capillary beds underneath the tongue. This allows the user to maximize the amount of active compounds available in the product.

Unlike edibles, for instance, that go through a digestive process, the manner in which CBD oil is absorbed eliminates the potential for metabolic loss. CBD oil is directly absorbed by the bloodstream so that very little is lost in the process.

Obviously, you wouldn’t use CBD cream for depression since this type of CBD product is ideal for bodily pains. When dealing with depression and other mental health conditions, you want to use a CBD product that will deal with the root of the problem. And for that, you could either have CBD edibles, CBD capsules, or CBD oil. Again, we’ve established the fact that CBD oil is one of the best forms of CBD when dealing with depression. 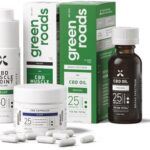 CBD oil products usually come with a dropper, or in the case of Green Roads CBD oil, a syringe plunger. Moreover, CBD oil is either broad-spectrum or full-spectrum. If you’re not familiar with the terms, broad-spectrum refers to CBD products that were produced using a broad range of cannabinoids from hemp with no THC. Read Green Roads Review Here.

Full-spectrum, on the other hand, refers to CBD products produced without excluding any beneficial cannabinoid from hemp. This means you will get the “entourage effect” with a full-spectrum CBD oil. Keep in mind, too, that full-spectrum CBD contains up to 0.3% THC. But don’t worry because that’s the legal amount and won’t cause you to get high at all. 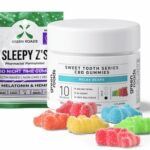 If you’re ready to try CBD oil and other CBD-based products, just go to this link right now and you will have access to high-quality CBD products by none other than award-winning CBD manufacturer—Green Roads.

Thank you for reading my post. If you have any questions about this post or about CBD Oil feel free to contact me and I’ll get back to you promptly. Before starting a CBD Oil regimen ot and other supplement always consult with your doctor first.

All the best to your health,

8 Replies to “Does CBD Oil Help With Depression?”