CBD for Pain And Inflammation

One of the questions I’ve been asked lately is whether you can use CBD for pain and inflammation in the body. I’m going to talk about that very subject in this post. 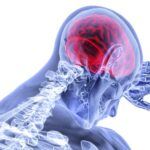 Science has gone a long way both in discovering new diseases and discovering medication and treatments to deal with those diseases. One of these discoveries deals with the significance of the impact of inflammation in the human body.

We’ve all been aware of the rise of new deadly diseases these past decades, but what we didn’t know back then was that inflammation has a lot to do with these diseases. Cancer, diabetes, heart diseases, stroke—all these can be linked to inflammation.

Before anything else, I just want to be clear about one thing: inflammation as a biological process in the body is not entirely bad. In fact, inflammation happens all the time. It’s the body’s response to harmful stimuli, such as irritants, pathogens, or even damaged cells, and involves molecular mediators, blood vessels, and immune cells.

Inflammation happens to everyone, and it takes place whether we are aware of it or not. It’s our body’s way of protecting us from injury, infection, or disease. Without it, there would be many diseases we wouldn’t heal from. Without it, your wounds would fester, and simple infections could get out of hand and become deadly. That’s how important inflammation is.

Inflammation can become problematic, though, like if the process goes on for an extended period, or if it occurs in regions in the body where it is not needed.

You have to understand that inflammation is not the same as infection. Infection is simply the interaction between the activity of microbial invasion and the reaction caused by the body’s inflammatory response. 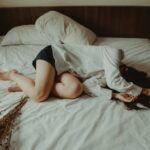 Perhaps the best example of acute inflammation is when you get a small cut on the skin or ankle sprain. A sore throat is a good example, too. The effects are localized, which means acute inflammation occurs at the exact place where the problem exists, characterized by swelling, redness, pain, and sometimes heat.

Chronic inflammation, on the other hand, has a long-term effect and may affect the entire body and not just a particular region. It’s also more persistent, despite being a low-grade inflammation. And unlike acute inflammation, this one is more steady and has the potential to contribute to the development of a particular disease.

That said, while inflammation is a necessary biological process designed to help protect the body as it heals, ongoing inflammation can be a major reason for the development of serious diseases. Inflammation has even been linked to anxiety and depression.

Is CBD As Good As Anti-inflammatory Drugs? 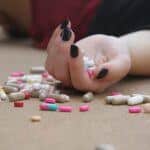 You may ask, “What about CBD?” I want to be honest with you, so I’m going to tell you right away that CBD doesn’t work the same way that anti-inflammatory drugs do.

Nothing could be further from the truth.

The following section will deal with some recent studies done on CBD and its effect on inflammation.

What Does Research Say About CBD For Inflammation?

I have been using CBD products for quite some time now, and I also know a lot of people who do. And I am telling you right now that CBD has beneficial effects against pain and inflammation, and this fact is backed by science.

For instance, there’s a ton of studies on CBD in animal models, and researchers found that Cannabinoid has the capacity to interact with the immune system and reduce inflammation. It has also been found to have the potential to reduce pain caused by a number of conditions.

And then there’s this 2015 review I found that was published in the Bioorganic and Medicinal Chemistry journal, which talked about CBD’s anti-inflammatory properties. According to the review, CBD can reduce inflammation via a number of pathways in the body, and can be an effective treatment for several health conditions characterized by inflammation.

A similar study I found discussed the potential of CBD as a treatment for early pancreatic inflammation caused by diabetes. For those of you who are not aware, inflammation in the pancreas can lead to diabetes because it involves the invasion of immune cells that cause damage to insulin-producing cells. In the study, the researchers found that CBD delayed the development of diabetes in a group of mice.

In yet another study, researchers examined how CBD would affect the state of male rats with osteoarthritis. The subjects were given CBD for two weeks, after which, the researchers observed a significant reduction in acute inflammation of the affected joints. 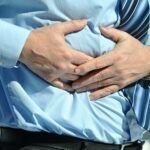 Most of the studies I’ve found regarding CBDs impact on inflammation have shown that CBD may be able to attune the immune system. It doesn’t always harmonize with cannabinoid receptors found in the human body, but it seems to have a positive effect on other receptors. In one study I’ve read, for instance, it was found that CBD could bind to receptors that mediate pain and sensory perception and desensitize them.

I can present you with more studies reviewing the effects of CBD on inflammation, but for now, I believe the evidence I’ve shown here are enough for us to get the idea that CBD has a huge potential when it comes to reducing inflammation.

Inflammation is a complex process, and right now, there is still so much we need to learn about CBD and its effect on it.

Based on my experience, CBD can offer relief against pain and inflammation, but that’s only if it’s dosed properly. It may take a few weeks for you to see results, but you definitely will, starting with at least 50 milligrams a day.

CBD comes in different forms, and how effective it will be for you depends on the condition you’re treating. For acute inflammation, such as those caused by burns or small wounds, CBD topicals should be enough. For overall health and well being, CBD oil is an excellent choice, since the dose can easily be adjusted. It’s absorbed more quickly, too, and the effects could last for several hours. 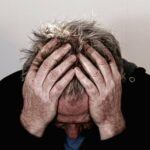 To me, the best thing about using CBD for pain and inflammation is that unlike ibuprofen and other pharmaceutical anti-inflammatory drugs, CBD is a safer alternative. It can provide relief minus the blood-thinning side effects of conventional drugs.

I know that specific applications of CBD on the body require further study, but I also know that CBD is a low-risk, high-reward option for treating inflammation. A final word of advice, though. If you’re currently taking anti-inflammatories and would like to transition to CBD, only proceed under the supervision of your doctor.

Thank you for reading this post and please leave your feedback. If you have any questions about the post or CBD Products feel free to contact me and I will get back to you as quickly as possible.

4 Replies to “CBD for Pain And Inflammation”